The MAFMC roll out of electronic reporting for the For Hire fleet was a success! As the 2018 fishing season slows down for fishermen from Maine to Virginia, this year changed the way these Captains report their catch.

Traditionally, these catch reports were done on paper forms, mailed into GARFO for review. This process made the data untimely and the fishermen's recall of catch during those trips was difficult. Using eTRIPS mobile, a reporting app for Android and iOS tablets, the fishermen now report their catch electronically within 48 hours of their trip, thereby greatly improving the quality and timeliness of the data.

The catch and discard data are sent to the ACCSP data warehouse where it is available to all partners on a needed basis, greatly improving the timeliness of these Vessel Trip Reports.

Utilizing the HLS helpdesk, the captains were able to create accounts, set up their tablets and report their trip reports. HLS is ready for the next wave of users early next year when it is expected that the SAFMC will mandate electronic reporting for For Hire captains in the Southeast.

The Helpdesk is excited for another roll out of eTRIPS mobile.... Getting 'er done! 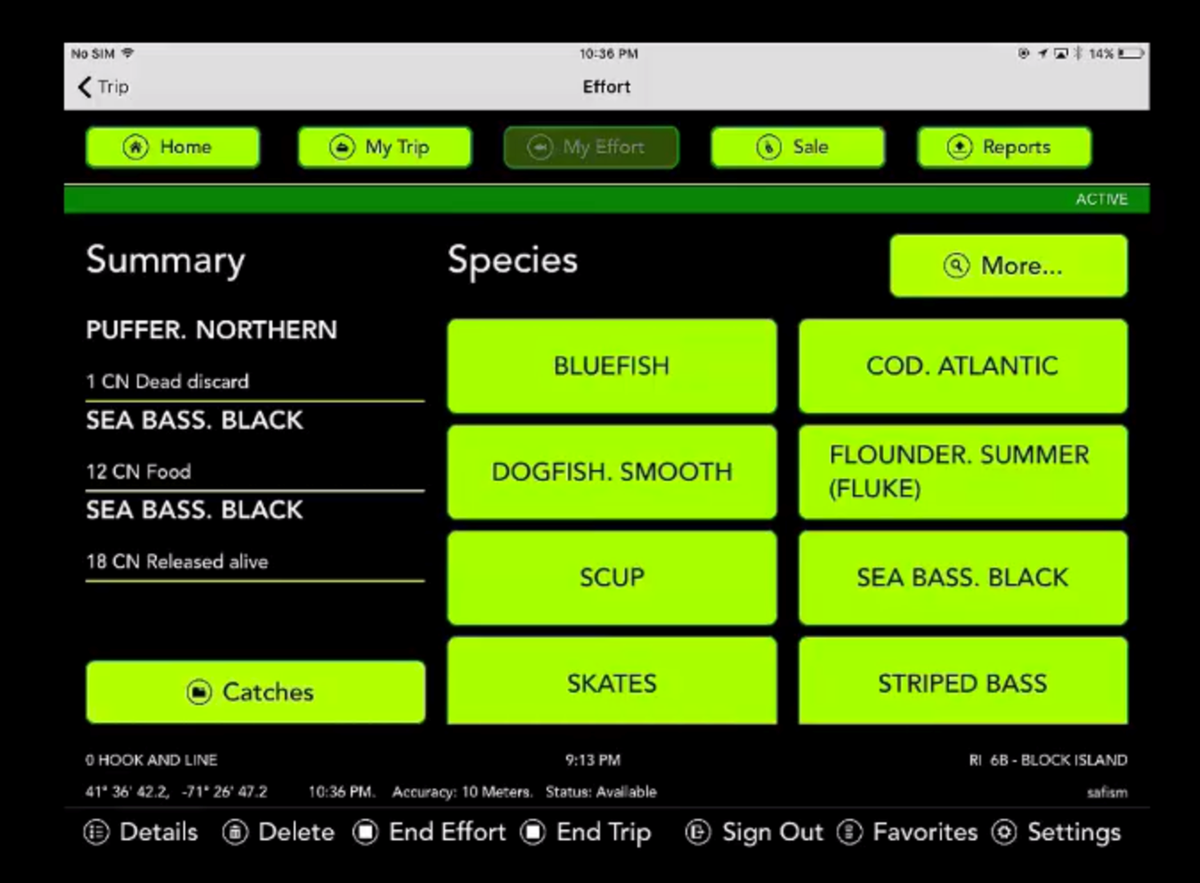