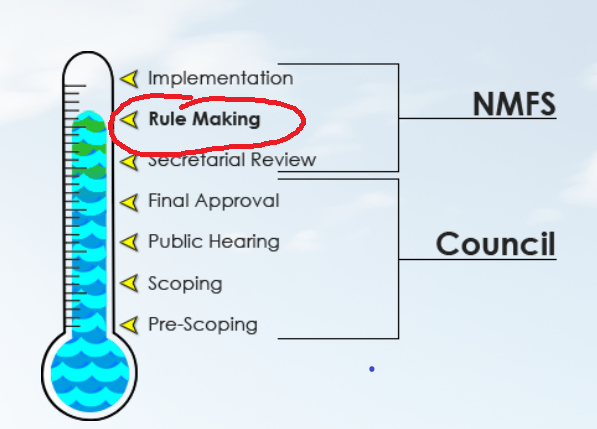 Harbor Light has been hitting the road providing outreach to Captains in anticipation of a Final Rule from NMFS that would require for hire captains who hold South Atlantic fishing permits to report their catch electronically.

The proposed rule would be similar to the rule the MAFMC put in place starting in March of 2018. The MAFMC rule mandates that for hire fishermen report their catch electronically within 48 hours of their trip. These Captains, using eTRIPS mobile, report their catch to the ACCSP. Many of these captains take their tablets out on the water with them while they are fishing. Utilizing the GPS of the tablets, the fishermen are able to use eTRIPS mobile as an "electronic logbook". This gives the captains the ability to view trip details along with GPS of their catch. This information stays with the Captains and is not transmitted to the ACCSP.

If the SAFMC's proposed rule is accepted by NMFS, Harbor Light will be supporting Captains from Maine to Florida for electronic trip level reporting. We are excited to be part of a technology that will bring catch and discard data to those who need it for management decisions.